Classic Movies that Were Almost Much, Much Darker

Dustin Waters
Dustin Waters is a writer from Macon, Ga, currently living in D.C. After years as a beat reporter in the Lowcountry, he now focuses his time on historical oddities, trashy movies, and the merits of professional wrestling.

Imagine this scenario: You’re making a film, and it’s finally time to share the fruits of your labor with your closest confidants. The projector rolls, and your small audience sits quietly in the darkness, taking everything in. Finally, credits roll. The lights come back on. And everyone turns their eyes your way and says, “What the hell is wrong with you?”

Yes, it’s safe to say that cinema has no shortage of cases where filmmakers had to dial things back a bit or risk traumatizing audiences. With that said, here’s a look at classic films that were almost much, much darker.

All Dogs Go to Heaven

That’s right. We’re starting things off with a banger. If you were a child of the late ’80s or early ’90s, you probably remember being affected by this Don Bluth animated classic.

You’re probably asking yourself, “How could a movie about dead dogs trapped between Earth and the afterlife be any more grim?” Three words: Extended. Hell. Sequence.

In addition to showing more of the fatal car accident that kills our protagonist, the partially lost original cut of the film featured an extended sequence of Charlie’s visions of hell.

Portions from the death scene and the hell nightmare were removed from the final release of this children’s film because someone realized that young audiences may not be prepared for this level of violence and existential dread. Remember, this was before the internet was readily available to fill these roles.

The Land Before Time

Don Bluth is back again! Before he was murdering cartoon dogs, Bluth gave young viewers a plucky gang of dinosaurs doomed for extinction (or doomed to an endless series of sequels).

Several scenes of the film were altered or removed throughout various phases of the production process, some reportedly coming at the request of executive producers Steven Spielberg and George Lucas. One early cut was a sequence in which Littlefoot is nearly murdered by a prehistoric snake. Other cuts were made to sequences where our protagonists are violently attacked by the T-Rex Sharptooth. The decision to tone down these scenes came after a screening in which Spielberg was convinced the full cut of the film would leave children crying and parents furious.

Another scene that was cut featured additional shots of Littlefoot’s mother screaming in pain as Sharptooth rips into her flesh. You really have to hand it to Bluth and his persistent desire to traumatize a generation.

This well-known original ending to Kevin Smith’s Clerks features our protagonist Dante being gunned down behind the counter of the Quick Stop. The murderer slowly empties the cash register before walking away. The camera then lingers on Dante’s bloody corpse. Roll credits.

There’s little surprise that this is probably not the best way to conclude your slacker comedy. The decision to remove the death scene definitely saved the film and Smith’s career.

Sunset Boulevard features one of cinema’s most iconic opening scenes, as well as one of its most bleak.

There’s not much darker you can go than opening your film with your narrator talking over shots of his own dead body floating face down in a swimming pool. The film’s original opening took things even further.

Earlier screenings of the film began with a scene of protagonist Joe Gillis lying dead in the L.A. County Morgue. Over shots of Gillis and his neighboring corpses, the scene featured dialogue of the deceased exchanging details about how they died. One corpse, belonging to an 11-year-old boy who drowned, wishes aloud for his parents to come pick him up.

Apparently, this grim opening was a bit too over the top for early audiences, who reportedly laughed it out of the final cut of the film.

It’s safe to say that audiences in 1932 were not prepared for Tod Browning’s horror follow-up to the massively successful Dracula. The director famously hired actual sideshow performers to fill out the cast of this revenge tale.

Freaks reaches its climax with an iconic scene in which the sideshow performers stalk the couple who has wronged them through the rain and the mud. Like much of the movie, the scene is perfectly unsettling. The same can be said for its closing scene, which shows the villainous and vain beauty Cleopatra after she is mutilated and transformed into a squawking and deformed bird lady.

While this conclusion is shocking, the film’s original ending took things a bit further. In addition to seeing Cleo in her bird form, dialogue from the lost ending explained that she is also mentally scarred to the point that she doesn’t understand anything. This is described to be a good thing for Cleopatra since it saves her from realizing what she’s become.

Damn. That is grim.

The scene continues with a shot of Cleopatra’s strongman boyfriend singing in a high pitch. He has been castrated by the freaks.

Although a failure after its release, Freaks has gone on to become considered a classic piece of horror. It’s only unfortunate that Browning’s original vision for the film is lost to time.

And there you have it — five examples of classic films that were almost much more bleak than their theatrical releases. So the question: Do you agree with the decisions to soften up these films? Or do you think we missed out? I’m sure we can all guess what Don Bluth would say.

Dustin Waters Author
Dustin Waters is a writer from Macon, Ga, currently living in D.C. After years as a beat reporter in the Lowcountry, he now focuses his time on historical oddities, trashy movies, and the merits of professional wrestling.

Antagonism for your Inbox

Get The Antagonist by Email 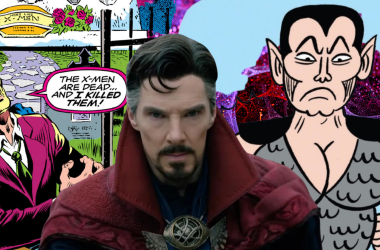 Now that Marvel — as well as much of the world — has gone full Multiverse, speculation is rampant about what superhero variants we will see hit the big screen. If 2017’s laughably bad horror classic Wish Upon was right about anything, it’s that today’s youth would be talking like this.   We’ve already seen plenty of Spider-Mans, both in the… 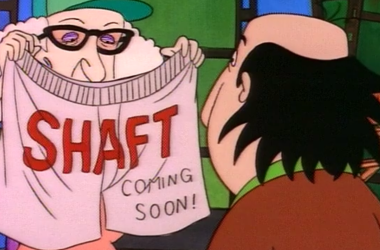 Exploring the Best and Worst of Movie Promotional Merch

One way to roughly estimate the cost of a major motion picture is to take the production budget and double it. Why double it, you ask. Well, that extra cost is to promote the damn thing.  Movie promotions come in all shapes and sizes. Billboards. Exciting trailers. Fast-food tie-ins. Then you have the most tried and true fashion of selling… 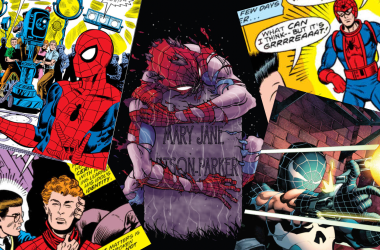 Now that the Marvel Cinematic Universe has ripped open the multiverse, there is no telling what variations on our favorite characters we will see on screen. But I can tell you which fresh takes on our beloved web slinger we won’t be seeing. Here are five Spider-Man variants you’ll never find in the MCU.  Spider-Man: Reign Starting off, we have…

Dustin Waters
Read More
We use cookies on our website to give you the most relevant experience by remembering your preferences and repeat visits. By clicking “Accept”, you consent to the use of ALL the cookies.
.
Cookie SettingsAccept
Manage consent

This website uses cookies to improve your experience while you navigate through the website. Out of these, the cookies that are categorized as necessary are stored on your browser as they are essential for the working of basic functionalities of the website. We also use third-party cookies that help us analyze and understand how you use this website. These cookies will be stored in your browser only with your consent. You also have the option to opt-out of these cookies. But opting out of some of these cookies may affect your browsing experience.
Necessary Always Enabled
Necessary cookies are absolutely essential for the website to function properly. These cookies ensure basic functionalities and security features of the website, anonymously.
Functional
Functional cookies help to perform certain functionalities like sharing the content of the website on social media platforms, collect feedbacks, and other third-party features.
Performance
Performance cookies are used to understand and analyze the key performance indexes of the website which helps in delivering a better user experience for the visitors.
Analytics
Analytical cookies are used to understand how visitors interact with the website. These cookies help provide information on metrics the number of visitors, bounce rate, traffic source, etc.
Advertisement
Advertisement cookies are used to provide visitors with relevant ads and marketing campaigns. These cookies track visitors across websites and collect information to provide customized ads.
Others
Other uncategorized cookies are those that are being analyzed and have not been classified into a category as yet.
SAVE & ACCEPT
Powered by